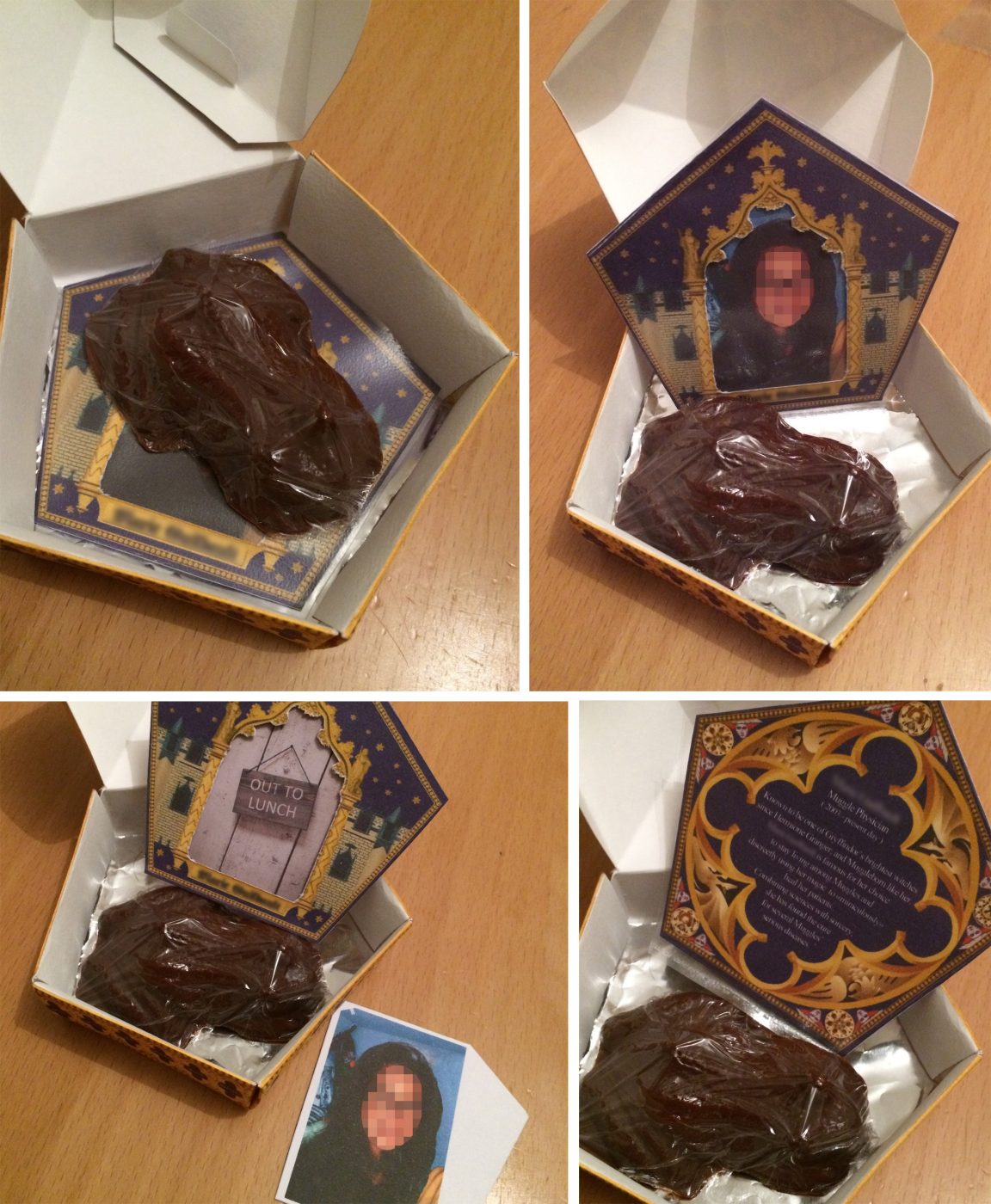 So, as some of you already know, I’m an English teacher ; that is I’m French and I teach English as a foreign language in a Junior High School. Nearly a couple years ago, I took two classes (year level 8 and 9) to London for a 5 day trip and on the last day, we took them visiting the Harry Potter London Studio Tour <3

My colleagues clearly didn’t share my excitement as I think they only knew the HPverse through their own kids watching the movies and none of them had read the books, but for me it was like being given an opportunity to walk straight into the pages of some of my favourite books, and I think that’s when I really started to become a Potterhead ^^ because being there gave it a completely different reality and I reveled in it!

After the trip, as is quite traditional in France, I asked my pupils to write in English about their experience in London and make a little booklet (scrapbook like). This was to be a marked assignment but I had also told them that there would be some surprises for all with a little extra for the best ones! As the Harry Potter visit had clearly been the one who won their biggest share of interest, I decided to prepare some HP related surprises: I ordered 4 (Chinese cheap) wands necklaces as well as time-turners, and chocolate frog molds.

Before the trip, I had helped my pupils through the Sorting Hat quiz on Pottermore (as it’s not available in French and the vocabulary isn’t easily accessible to young learners), so that all my pupils had been Sorted, and instead of considering them as 2 classes, I told them that there would be a surprise for the best pupil’s work in each Hogwarts House!

They were about 60 pupils total, so I started to work looong ahead because my intention was to gift each and every one of them with a chocolate frog! Given the price they’re sold at the Studio Tour and the salary teachers are paid lol, it was out of the question to buy 60 of these! So… I made them all myself! I bought one, scanned the box, resized it, changed the text that was to be on the bottom of the box using a HP font, then printed, cut, and folded them! I also made 60 chocolate frogs using the molds I had ordered online…

But as I was marking their booklets, one of them really stood out! It surpassed all the others by far and the girl who made it got the top mark so I decided to do a little extra for her. I created her very own chocolate frog card, using a picture of her, and making up the text on the back based on her own future carreer plans.

When everything was finally ready, I summoned them all into my classroom during one lunch break (the only moment I could gather all classes together), and laid the various presents on a red velvet cushion. One by one, I called the 4 pupils who had bested their House mates (starting with the best of the 4, etc.) and let them each choose a wand necklace and a time-turner (silver or golden), and gave each of them a chocolate frog. Then, after the rest of the pupils had clapped for the winners, I took out from behind my desk the big cardboard box i had hidden there, containing all the other chocolate frogs boxes and gave one to each student! ^_^

That was a lot of work and I don’t think I’ll ever have the courage to do it all again, but it was my first time in London (yes I know… surprising for an English teacher, but I never got enough money to travel…), and my first time in HP and I just felt like doing special for them all who had shared this special journey with me.

So there you go, I hope you enjoyed my little (long, sorry :-p ) story as well as the pictures. As you can see, I didn’t want to expect the girl on the chocolate frog to “just stay there”, so I let a thin opening on the side and a long corner on the picture, so that it could quite easily be removed, leaving an “Out to Lunch” sign instead 😀

Also, in case you were curious, here’s what the text on the back of her Chocolate Frog said:

I have to admit I was quite pleased with myself about all this! ^^ And yes, the one who bested them all was a Gryffindor lol ! When reality meets fiction! 😉